Last week, I’ve participated in my first swimming marathon this summer. That was The Swiss Swimming Marathon 2015 (in Lithuanian language – Šveicarijos plaukimo maratonas 2015). I have already explained why this marathon and the village that it is held in has the same name as a European country. You can find that blog post here.

Anyway, since I haven’t been training at all, I chose the shortest 1 km distance and even managed to win it in a women’s group. It was one of the hardest swims of my career. The weather also seemed way too cold. The organizers said that the water temperature was 20 degrees Celsius (68 F), but it felt like 17 C (62 F) at best. The air temperature was 22 C (71 F).

I wasn’t even planning on attending this marathon but then the nostalgia kicked in. This was the 6th Swiss Swimming Marathon and I have participated in all of them since the beginning. Moreover, this is probably my last year of swimming with my team because I am graduating this year and moving to Scotland . So, I figured that this is probably my last chance to swim in that particular open-water competition, so what the hell, let’s do it.

Bellow I will include some links to a few Facebook photo albums where you can see more moments from the event. I will also include a photo of my commemorative T-Shirt, a medal and a diploma. Have a great week! 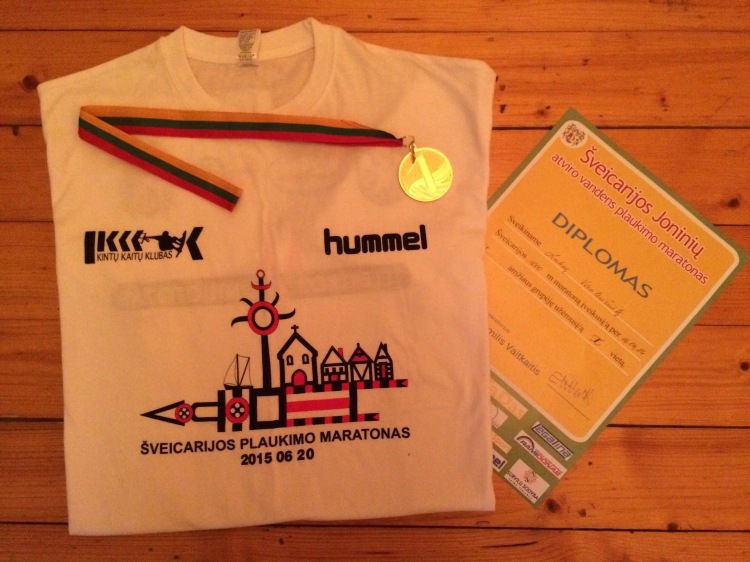 One thought on “Swimming Marathon: Switerzland 2015”