IMDb summary: A working-class family man, Christopher Robin, encounters his childhood friend Winnie-the-Pooh, who helps him to rediscover the joys of life.

In short, Christopher Robin was an adorable mashup of a variety of writers’ talents and seen before ideas that still, unimaginably, was a successful movie. 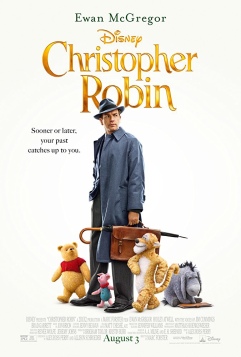