For most people, it’s a day/night of celebration: partying and drinking. Well, I’m also celebrating but in my own way – by posting my cinema round-up of the year. Like in 2015 and 2016, I’m providing you with my personal list of best and worst films (and I’m linking all of their reviews). A new development for this year is the fact that my top 5 list of obscure, small, ‘missed’ movies/honorable mentions is expanding into a 10 just because I’ve seen too many pictures this year that I want to bring to your attention once again! As always, please don’t bear any hard feelings if our lists don’t match! This post was written in the name of fun and I’m really looking forward to reading your picks in the comments!

Those who read my blog somewhat regularly probably aren’t surprised by the fact that my list contains 4 comic book movies. As much as I love the genre in general, what I loved about these particular films was the fact that they expanded the status quo: Logan brought the sophistication that we haven’t seen since The Dark Knight, while Wonder Woman was a game-changer for the female characters. Thor 3 fixed the weakest MCU trilogy, while Homecoming achieved what was deemed impossible – told the first good Spidey story in a decade. Joining the comic book films, are the three sci-fi juggernauts: Star Wars 8 (no surprise here, though, maybe it is a surprise as I seem to be one of the few who truly enjoyed the picture), Blade Runner sequel (visual and narrative masterpiece), and Apes 3 (an underappreciated finale of a great trilogy). The last 3 pictures bring some more variety genre-wise. Wind River represents drama (as well as my anthropological interests), Beauty and the Beast symbolizes my love for live-action fairytales (and my choice to remain a kid inside), while It is the biggest surprise of the year – the first horror movie that I’ve ever enjoyed.

My worst list has it all: awful comedies (Snatched and Rough Night), confused dramas (Tulip Fever and Suburbicon), and underwhelming action thrillers (American Assasin and The Snowman). It also showcases a genre that should die (disaster films – Geostorm) and a franchise that should do the same (Transformers). The infamous cash grab for the millennials (The Emoji Movie) and the bad kind of Stephen King adaptation (The Dark Tower) finish of the list!

I’ve decided not to number these and divide them into 3 levels of obscurity, from the least known to almost mainstream (or even actually mainstream) films.

To begin with, in the most obscure category, I’ve put The Death of Stalin, The Party, and Free Fire. First is a British adaptation of a French graphic novel, which itself is a reimagining of Russian history; second is more of a character piece than a movie with the shortest runtime of a feature film I’ve seen; and the third is an action movie that builds its story around the main action sequence that last the whole picture.

The second trio of more well known movies consist of The Killing of a Sacred Deer, Their Finest, and T2: Trainspotting. The first is an extraordinary revenge story from a proven director, the second – a romantic take on war and the movie business, and the last is everything I love about my adoptive country of Scotland!

Lastly, the 4 final movies that the majority of moviegoers have heard about and which couldn’t necessarily make my top 10 list but were so unique that they deserved to be mentioned are Paddington 2(a bundle of joy in these dark times), John Wick 2 (a successful sequel in a not that big of a franchise), mother!(the picture that was more fun to analyze than watch), and The Big Sick (a romantic comedy like no other).

And that is it for 2017 cinema! I hope you enjoyed reading my lists! Every year, its gets harder and harder to decide on my picks because of the sheer amount of new movies I’m able to see. Please don’t be mad if your favorite/least favorite movies were not on my lists! Also, if you missed some awards contenders in this post, they might have been excluded because I haven’t seen them yet or because I expect to talk about them a lot during the next two months. Hence, they will get enough praise then, it’s what I’m saying. 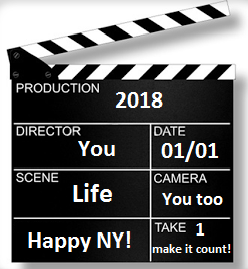