One of the early potential awards contenders has premiered, thus, let’s evaluate its chances. This is the review of Goodbye Christopher Robin.

IMDb summary: A behind-the-scenes look at the life of author A.A. Milne and the creation of the Winnie the Pooh stories inspired by his son C.R. Milne.

In short, Goodbye Christopher Robin was well-made biographical drama, whose subject-matter was complex, layer, and fascinating. I’ll never look at Winnie-the-Pooh the same (a.k.a. as optimistically)….and I have its face of my duvet cover (waking up wrapped in depression?). 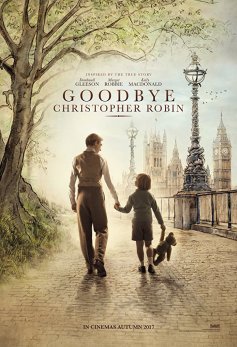 5 thoughts on “5 ideas about a movie: Goodbye Christopher Robin”