The newest DreamWorks animated picture – The Boss Baby – is currently in theaters, so, let’s talk about it!

IMDb summary: A suit-wearing briefcase-carrying baby pairs up with his seven-year-old brother to stop the dastardly plot of the CEO of Puppy Co.

In short, The Boss Baby is a perfectly passable animated picture. It doesn’t have the most original story or fresh visuals, but it definitely provides a fine time at the cinema for both kids and adults who can’t grow up (me!). 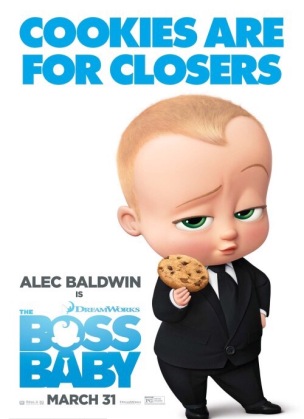 5 thoughts on “5 ideas about a movie: The Boss Baby”