Welcome to one of the last reviews of this year. Without further ado, let’s start discussing Illumination Entertainment’s latest feature – SING!

IMDb summary: A koala named Buster Moon has one final chance to restore his theater to its former glory by producing the world’s greatest singing competition.

In short, Sing was a great animated film, perfect for the holiday season. It had a lovely narrative at its center, while the equally nice musical numbers occupied a secondary role. 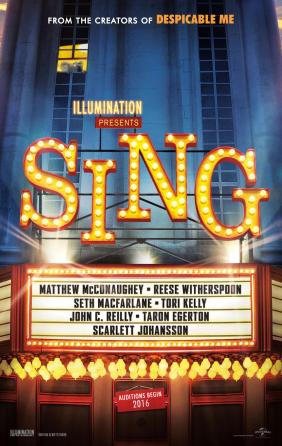