After a long thought process whether to even see and support this movie, I decided to separate the picture from the filmmaker (as hard as it was to do, as the aforementioned person wrote, directed, produced, and starred in the film). I was also super curious to see whether this movie was worth all the hype that it generated before it crashed and burned. So, let’s allow the art to speak for itself and review The Birth of a Nation.

IMDb summary: Nat Turner, a literate slave and preacher in the antebellum South, orchestrates an uprising.

If you are not familiar with the scandal that surrounded the release of this movie, I suggest you just google the name of its filmmaker  – Nate Parker – and make your own impressions of him. I have my own thoughts and I don’t really want to state them her or repeat the controversial tale and also, as I said, I’m trying to judge the film by itself, so let’s get on with the review.

The Birth of a Nation, even though it shares its name with the infamous movie from 1915, tells a different story from that film. 2016’s picture’s plot revolves around the life of Nat Turner, who led a bloody and grueling slave rebellion in 1831. The majority of the film depicts his life before the rebellion and notes the important events that led him to the decision of rebelling. As all movies on the issues of slavery, the film angered me a lot. The blatantly racist moments were hard to watch, but I do think that Turner’s story was an important one and had to be told. I also appreciated the lighter scenes in the film, that showed the tiny specs of happiness that the slaves had a chance to feel. I would also like to note that this movie’s story was as much a story of religion as of slavery.

The actual rebellion was hard to watch and I, personally, had mixed feelings on it. On one hand, I wanted to root for the slaves, finally getting their revenge. On the other, I understood that I was rooting for murder. From the narrative structure point of view, I felt that the movie was a bit too long and I did feel that it dragged at times. I caught myself losing focus from the story a couple of times, and I think that if the pacing was a bit faster, the picture might have been even more compelling.

As a director, Parker did impress me. The film was visually interesting and the graphic content was not just there to be shocking – I felt that it was included to prove a point and to show the real cruelty and the real violence of those years. The film indeed was the most brutal movie on slavery I have seen (even the 12 Years a Slave lashing scene was nothing compared to this) and some scenes were extremely hard to watch. In addition, the opening of the film, as well as other forest sequences, were unusual and exciting additions. The historical events were well dramatized, the emotional weight was there, and the story came across clearly and neatly for the most part. Whether you see Turner as a hero or a criminal, I glad that his story was told. Having said that, I don’t think that the movie lived up to all the hype it created. To me, it did not seem like the perfect movie that deserved the guaranteed Oscar wins and the huge festival deals.

All the cast did a really good job with their roles. Parker delivered a stunning performance – I would even argue that he was a better actor than the director. Armie Hammer provided great support, but I do think that he should start portraying different characters since I have seen him as a rich white businessman/owner type of a character a bunch of times already. Other standouts from the cast included Aja Naomi King and Gabrielle Union. I really hope that their career won’t be hindered because of their involvement in this film and the unfortunate events that surrounded it.

In short, The Birth of a Nation was a well-made film that was heavy to watch. However, it was not a groundbreaking movie and I don’t think it was necessarily better than other films on the same topic, like 12 Years a Slave or The Butler.

Trailer: The Birth of a Nation trailer 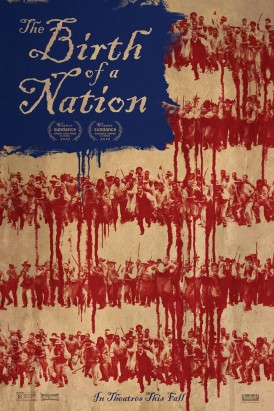 2 thoughts on “Movie review: The Birth of a Nation”