Today, we are reviewing the most surprisingly successful (both critically and financially) film of the year – Love & Friendship.

IMDb summary: Lady Susan Vernon takes up temporary residence at her in-laws’ estate and, while there, is determined to be a matchmaker for her daughter Frederica — and herself too, naturally.

In brief, Love & Friendship was a solid historical dramedy. It didn’t seem as anything particularly special to me personally, but I’m happy for its success. 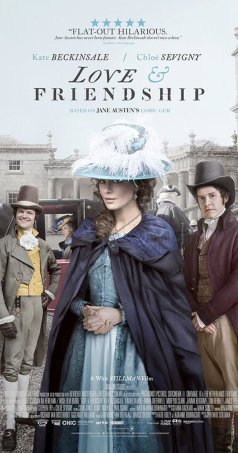