Before 2016 comes to a close, I would like to catch up on smaller movies and their reviews. Some of the films that I’m going to talk about in the next two weeks might become awards contenders, so I’m basically kickstarting the reviews of the awards season early. First movie on my list – Free State of Jones.

IMDb summary: A disillusioned Confederate army deserter returns to Mississippi and leads a militia of fellow deserters, runaway slaves, and women in an uprising against the corrupt local Confederate government.

In short, Free State of Jones was a forgettable movie that wasted its waste potential. The film’s only redeeming quality was the acting. 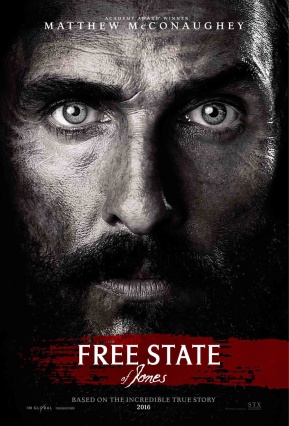 2 thoughts on “5 ideas about a movie: Free State of Jones”