Before I start reviewing films that belong to the fall movie season, allow me to catch up on the only summer flick that I couldn’t see when it was still summer – Sausage Party. My university put on a free screening of it during Freshers’ Week, so, now I can review it!

IMDb summary:  A sausage strives to discover the truth about his existence.

In short, Sausage Party is the raunchiest comedy I’ve seen in a while but it does work because of its unique format for this particular genre – animation. The jokes are hilarious, the voice work – amazing and the 3D animation of food – quite tasty-looking as well. 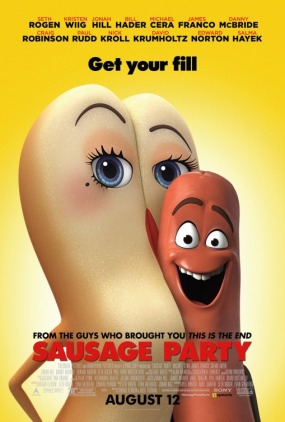 7 thoughts on “5 ideas about a movie: Sausage Party”