This summer, I have been watching a lot of newly released comedies and reviewing them. This is a bit unusual to me, as I would usually check them out on streaming without bothering to write any reviews. However, I have changed my way, so let’s talk about Bad Moms.

IMDb summary: When three overworked and under-appreciated moms are pushed beyond their limits, they ditch their conventional responsibilities for a jolt of long overdue freedom, fun, and comedic self-indulgence.

All in all, Bad Moms was an entertaining comedy with good performances, solid writing and directing, and a few nice moments. It wasn’t unique or inventive, so I can’t really recommend it to everyone as a must watch. 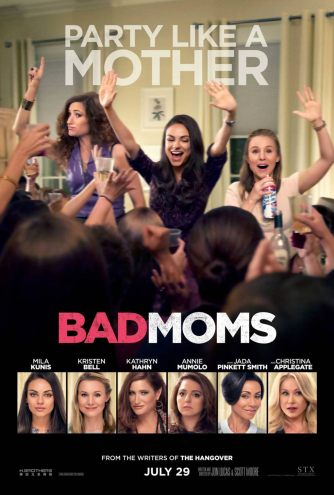