Nowadays, the majority of wide theatrical releases are mainstream films, so, whenever I get a chance to see a more experimental motion picture, I take it! Thus, without further ado, let me tell you about The Neon Demon.

IMDb summary: When aspiring model Jesse moves to Los Angeles, her youth and vitality are devoured by a group of beauty-obsessed women who will take any means necessary to get what she has.

In short, The Neon Demon was/is defintely an experimental film. It is not easy to watch and might be considered an unsuccessful experiment by the majority of the mainstream audiences. I did enjoy it but kinda had to make myself sit through it at first. Visually, it is one of the most beautiful films I have ever seen, while plot-wise it could have been more refined and more sophisticated. If you want to try any of Winding Refn’s films, I suggest you start with Drive, as it is the most accessible one. Maybe leave The Neon Demon and Only God Forgives for some other time. I also want to check out his Bronson film, as it stars my favorite actor – Tom Hardy. 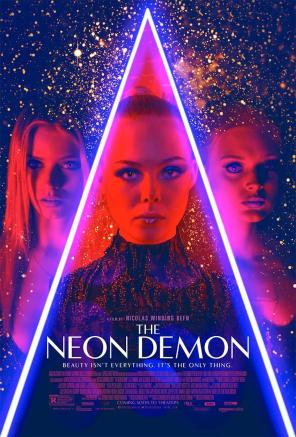 8 thoughts on “5 ideas about a movie: The Neon Demon”