Welcome to another short descriptive post about a running event that I participated in – 5 km fun for Lithuanians of the World. Without further ado, let’s begin!

On June 4th, I ran 5 km for my country alongside other Lithuanians from all over the world. Let me explain. Every year, during summer, amateur Lithuanian runners (that live in their native country as well as abroad) run a 5 km distance in order to celebrate their heritage and to strengthen their bond to the motherland. Less than 3 million people live in Lithuania and probably the same amount of Lithuanians live abroad, mainly in the UK (like I do), US, Ireland, Germany, France and a bunch of other countries. So, the fact that they/we (both those staying in Lithuania and the emigrants) can all come together and celebrate their/our country, while doing something that they/we love – running – is pretty magical.

Since I’m home for the summer, I didn’t get a chance to participate in this run in a foreign city (the full map of all the running locations worldwide is here). However, I still did the run in my native town. Only around 50 people ran with me and I was one of the last ones to finish, but I was still really happy with my result – it was the best one of this season.

All the runners received athlete’s numbers, commemorative certificates and medals from the organisers. We ran in the park, so the route was pleasant and quite easy (no steep hills).

If you would like to find out more info about this event and if you are a Lithuanian or a friend of any Lithuanians, I suggest you participate in this wonderful movement! Bye! 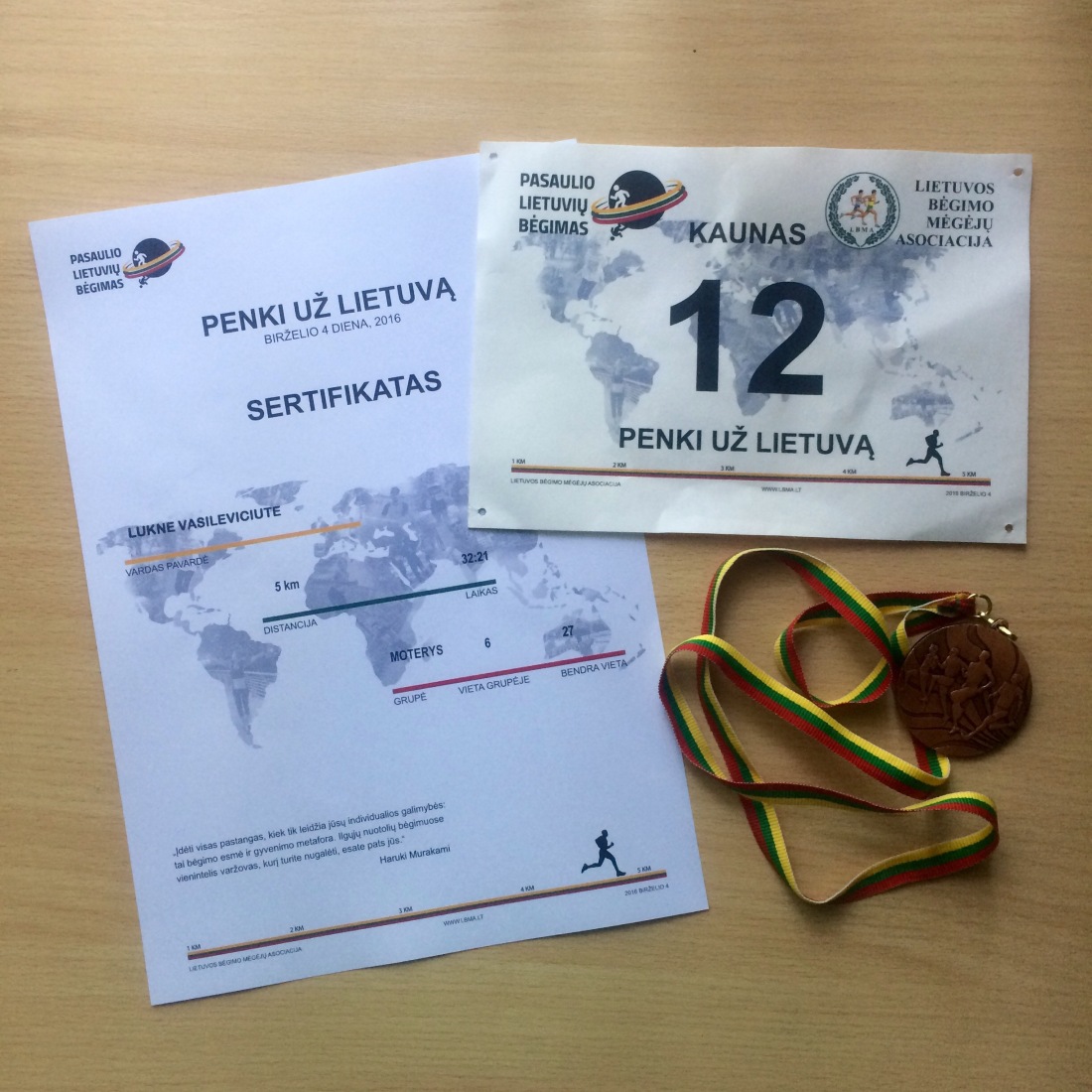