I’ve promised that my next post won’t be a movie review and I am keeping my promise. Today, I will tell you about my experience volunteering at a Division A Men’s U16 European Basketball Championship (official site), which was held in my hometown of Kaunas from the 6th to 16th of August.

First of all, let me tell how and why I became a volunteer for this particular championship. Since 2010, I have been volunteering in swimming competitions, which were organized at my sport’s school. Later, I moved to volunteering at swimming competitions held in different pools, while last summer I have volunteered/half participated in a multi-sports event – Lampetronas 2014 (post about it here). I had a lot of experience working at a small scale swimming events and that was always easy for me, because – for one – the events would last for a maximum of 2 days, secondly – I would be in my element – at a swimming competition. But I wanted something more and something different. So, when my dad found an advertisement in our local newspaper that The Union of Sport’s Volunteers was looking for new members to help with the aforementioned championship’s organization, I decided to apply.

We had a few training sessions and I passed the selection phase fairly easily. I even got the job that I wanted the most. All the volunteers could apply to different positions, for example; team attaché, accreditation center, catering, work at an info-center, transportation, media, venue maintenance and service for the spectators. Guessing from the fact that I have written the team attaché job first, you could probably understand that that is the one I got. For the whole two weeks, I was the escort and guide of the national team of England. It was my dream to be their attaché because I desperately wanted to test my English skills while communicating with real Brits.

My job started, when I had to meet the whole delegation at the airport on the 5th of August. I had to take them to the hotel, help sort out their accommodation and just generally answer all of their questions. That day was easy, the hard part started on the 6th, when I had a 14 hour work day. As time went by, the days kept getting shorter (they still lasted at least 8 hours) and the work – much easier. It was essentially the same day over and over again. Like one of the coaches said – it was like a movie Groundhog Day. My morning would start with picking the team up from the hotel and escorting them to practice, making sure that they had water and ice ready at the venue. After practice, we would go back to the hotel, the team would have a meeting in a meeting room, which I had booked for them, and I would either have a few hours of doing nothing or would be running errands. One of the more nerve-wracking errands was finding a printer cartridge for my team’s manager’s printer. But I managed to find it fairly quickly. The team would usually have its game in the afternoon or in the evening, so the attaché would escort them to the venue, help to find a locker room and bring ice and water as during the practice. Plus, it is not required, but the team attaché (myself included) would also watch all of the games of her/his team and be the biggest fan and supporter. Even though you are essentially just a worker helping the team to get around, you start to feel connected to these complete strangers.

Anyway, team attaché would also play a part of communicator between the team and the organizers of the championship as well as FIBA Europe officials. I used to be afraid of making important calls, but after these two weeks that fear is gone. I have never been responsible for other people for such a long time and I have never tried so hard to make them proud.

Volunteering at this championship was an amazing experience. Not only I was able to test drive my English skills and meet amazing people from England, I was able to befriend other volunteers, who I would have never met anywhere else. I will cherish the memories of watching the games, having lunch or just simply lying on sofas during our breaks forever. These mundane tasks and small talks which evolved into deep conversations are the most special moments to me. I hope that we will keep in touch and don’t just become strangers as we were before.

While the championship was organized very neatly, we had a few issues along the way. I will tell you about a few moments that now look funny when you remember them. For example, FIBA gifted all teams plastic drinking bottles with the championship’s logo. My team broke 5 or 6 of them. By the end of the championship, I was scared to ask organizers for more spare bottles. Also, during the first day of the championship, we had massive schedule delays. The workers broke the glass part on one of the baskets at Kaunas Sports Hall and there was a power outing that lasted more than an hour at Sabonis Basketball Center. When you look back at these small issues, you can laugh and smile, but they’ve cost all of us a lot of nerves when they happened. All big events like this one have problems and we definitely dealt well with our challenges.

While you don’t get any financial benefits from volunteering, you might get a few perks along the way. For example, my team gifted me their official pennant and a pin, which I wore all the time. I also got a few FIBA souvenirs and French Basketball Federation’s pen from the team attaché of France (thanks again for it!). All the volunteers also received a few special orange volunteer T-Shirts, which we had to wear while working. We also had accreditation cards, which allowed us to go basically everywhere. Lastly, before escorting my team to the airport to catch their flight back home to London, one of the coaches and I swapped T-Shirts. I gifted him one of my orange ones (he really wanted it) and I received an official Basketball England polo shirt, which I am very happy about.

Anyway, although I was really happy to receive some material perks to remember this championship and the team of England by, all of these physical things are nothing compared to the amazing experience. I will never forget these two weeks, which were simultaneously the hardest and the best ones of this summer. Volunteering is a wonderful way to test yourself and to help you find you passion and the thing you are good at. It also looks amazing on your resume – next month I’m moving to Scotland to study and I will be looking for a job, but, since I have no previous job experience, I can at least put volunteering on there. By the way, all of the volunteers received official certificates from Lithuanian Basketball Federation for volunteering at this event and we were also all invited to watch a friendly match between Lithuania’s and Macedonia’s Men’s Basketball Teams in a Huawei Basketball Tournament as a thank you.

So, if you get a chance to volunteer at any event, be it a championship or a music festival, definitely, take it. I will for sure try to find more events to volunteer at during my spare time or next summer when I will be done with my freshman year. Men’s U18 European Handball Championship is happening in my native town of Kaunas next year, so I would love to work as an attaché in that one as well.

The poster of the event. The motto of the championship was: ‘See Tomorrow’s Stars Today’ 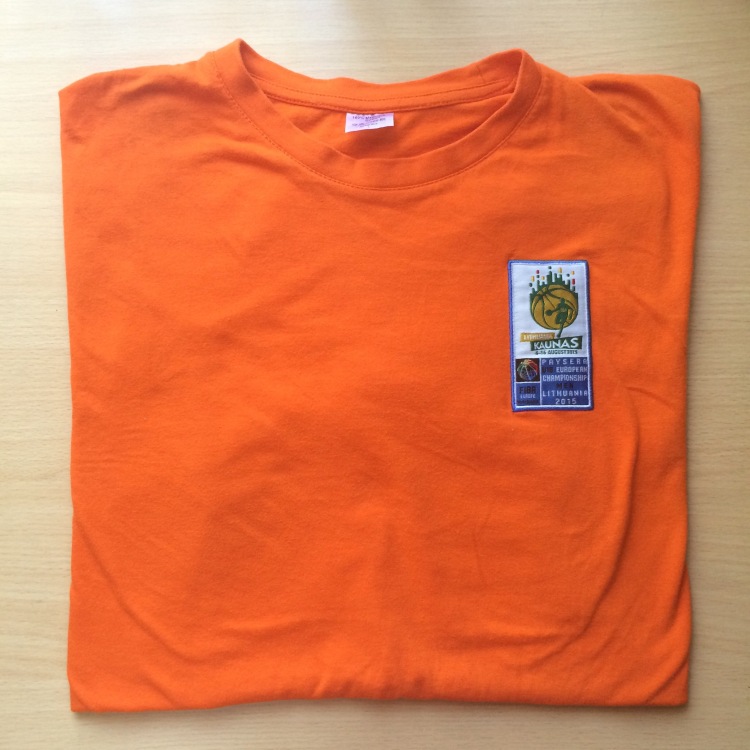 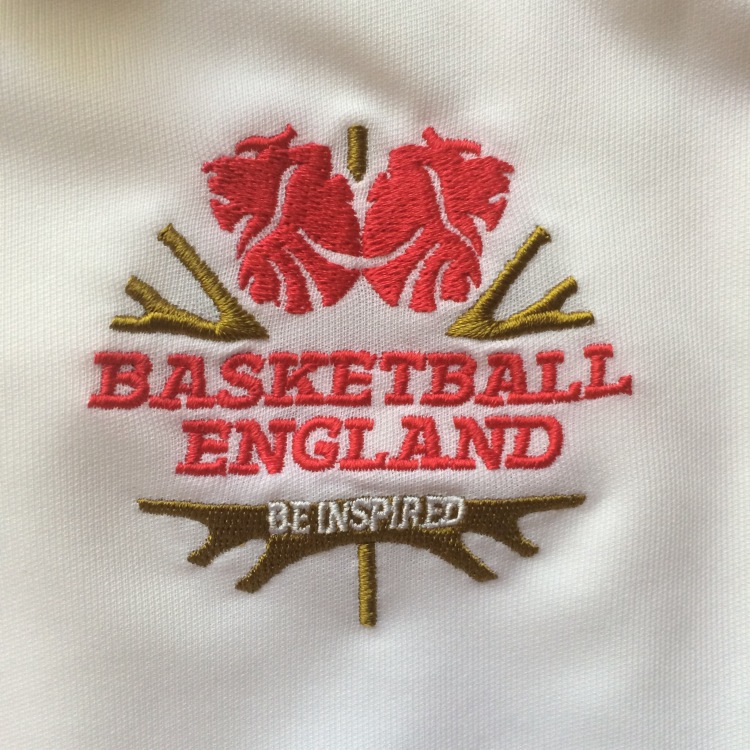 Basketball England polo shirt that I got through a swap.

Volunteer’s accreditation and an Official Programme

Basketball England pennant and a pin

Photos from the event:

Moment from a semifinal between Lithuania and Turkey 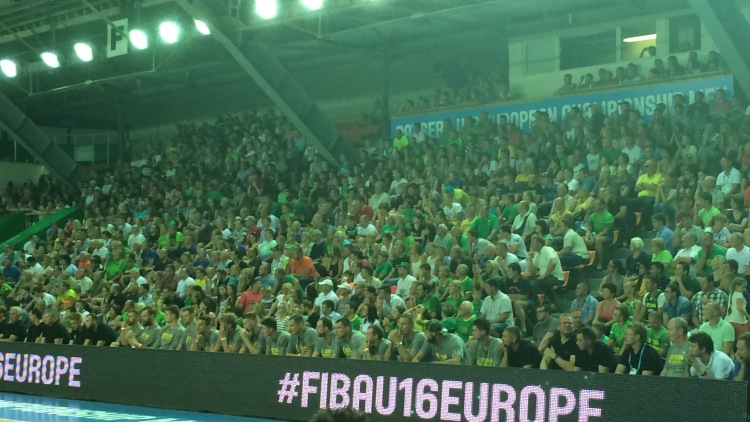 Spectators of the final game (we had a full house!). The national men’s basketball team sat in a first row and supported the youngster. Sadly, Lithuania still lost the final game by 2 points.

The winner and the receivers of silver and bronze medals.

Team Lithuania waiting for their medals

And the best volunteers in the world (with the organizers)!

Have a great week!