Welcome to another segment of brief movie reviews. You can find the first installment here.

This time, we are talking about Testament of Youth – a 2nd British period piece of this summer. I have done the full review of the 1st one – Far From the Madding Crowd, find it here.

All in all, it’s a great film for fans of history and for fans of sad but hopeful war movies. The acting is great, the visual appeal – amazing and the story is bound to bring at least a single tear to the viewer’s eye. The film was released in the UK last year and in many parts of the world throughout 2015, but in might be easier to find it online or on DVD, if you want to watch it. 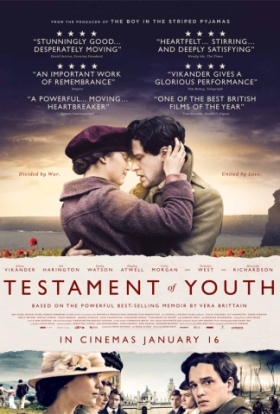 11 thoughts on “5 ideas about a movie: Testament of Youth”