Sorry for not writing for so long. The reason for that is simple – I hadn’t had anything interesting to write about. But now you are in for a real treat: 3 movie reviews.

I will start with a new one: Godzilla 2014. You might wonder why I am not doing a separate, big review of a newly released motion picture like I usually do. The answer for that is straightforward: I do not know how to feel about this movie. Don’t get me wrong – it is a good movie but I just wasn’t blown away by it. This might be because I saw it really late in the evening and practically napped through the last 20 minutes. So this could mean that the movie wasn’t interesting enough to keep me awake. Or I might have just been too tired. Anyway, there were a lot of great scenes and plot-lines, which I really enjoyed. First of all, I was really digging the design of Godzilla: it was true Godzilla as we know it. However, (SPOILER ALERT) I didn’t really like MUTOs design: they looked fake to me, too geometrical. The character I loved the most was Dr. Ishiro Serizawa played by Ken Watanabe. I enjoyed seeing a scientific side of these monsters. The last thing that brought delight to me was the fact that Godzilla was portrayed not as a monster but as a nature’s warrior and bringer of balance. Overall, I would rate this movie 4/5. It wasn’t as good as Pacific Rim. That is the best monster movie I ever did see. Pacific Rim also is so much better that any Transformers installment, just because it is more realistic. 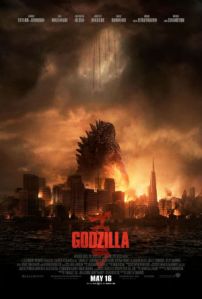 And now, as I have promised, further down you will find two more short reviews of older movies which I have seen in the last few months at home. Enjoy!

The Bling Ring – this movie shows how messed up our society is. We are obsessed with celebrities, with material things; we want to be rich and famous. Because of all this outside “bling” and sparkle we forget what is inside. We can’t remember what the true value of life is. The movie shows how a group of teenagers were robbing rich people house and practically getting away with it. By robbing celebrities, they became well-know. It was like an easy way to fame. The movie also addresses the fake friendship issue, which is also very important these days. People like to use each other for their own good. This film makes you think about the way you live and what your goals in life are. Do we really need to have a lot of money, a huge house or an expensive car to be happy? What is happiness? How can we achieve happiness without bringing bad things to other people? These are the real life question and if you found an answer to them, you had achieved happiness. Rate 4.5/5 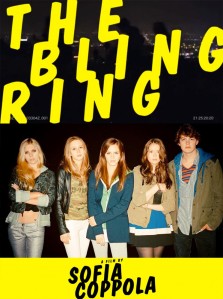 The Way Way Back – this was one of those movies which you can’t really understand while watching but can’t turn off either. It tells a story of 14 years old boy named Duncan who encounters a lot of family problems: his mom does not take care of him, his dad does not want him and his mom’s boyfriend abuses him emotionally. The only place he can find happiness is Water Park, where he befriends a jokester named Owen. The movie teaches us that you have to take a stand for yourself even if you are afraid. You have to surround yourself with people who are good to you, who you can trust and eliminate those, who wish you misfortune. Rate 5/5 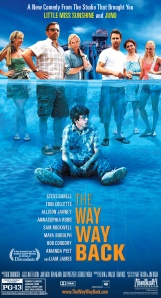